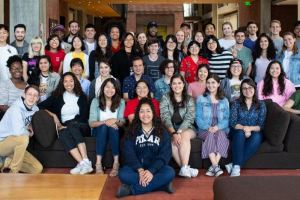 If you LOVE movies and have an interest in art and technology while working in the movie industry. Here is a terrific video about Interning at Pixar. Imagine how great that would be! Apply here. 🙂 Follow your dreams! STEAM: Science, Technology, Engineering, Art, Math Drive Safe! Never […]

NEW: STEAM related videos. This one is from Disney Research showing how they design kinetic wire characters. 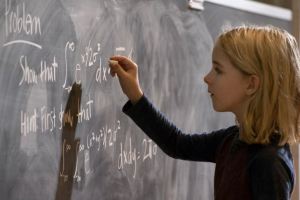 7 years ago Frank Adler (Chris Evans) is late for a date when his brilliant mathematician sister shows up at his door with her infant daughter, Mary, needing to talk.  Frank told her they can talk later. When Frank got home after his date, he found Mary on […]

Cornelia (Naomi Watts) and Josh (Ben Stiller) have been married for a few years and, being in their mid-40’s, have experienced the ups and downs life can throw at you. Josh produces documentaries and has been working on his latest project for 10 years (and hearing about THAT […] 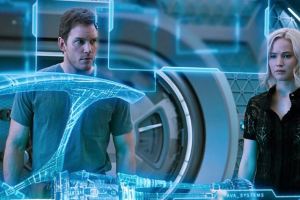 5000 passengers and 200+ crew are in suspended animation on a 120 year long journey to a new planet and a new life. 30 years after leaving Earth the spaceship ran into a meteor which damaged the computers and structure.  Although the fail-safe mechanisms saved the ship, a […]

“A Case of You” Movie Review

Note: Evan Rachel Wood actually dates someone close to her age unlike last weeks movie review. 😉 Sam (Justin Long) writes novels based on movies that have already come out, but, longs to write his own original novel.  Problem is, he has writers block, with no end in […]

Loosely based on the life of P.T. Barnum, “The Greatest Showman” is the perfect antidote to the hateful world we find ourselves living in. P.T. Barnum (Hugh Jackman) grew up the son of a tailor working for a rich family. He suffers abuse at the hands of that […] 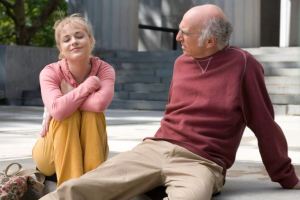 Think for yourself and grab the happiness within you. Boris (Larry David) is a brilliant ex-physics professor who thinks he is the only one who sees the big picture.  And that picture is not encouraging as, according to Boris, we are all stupid and doomed to misery beyond […]

“Keeping Up with the Joneses” Movie Review

Jeff and Karen Gaffney (Zach Galifianakis and Isla Fisher) are a hardworking couple living the suburban, cul-de-sac, dream. The house across the street across the cul-de-sac was for sale just a short time when the new people moved in. Karen “spies” on the married couple, Tim and Natalie […]

Not taken today. But....I am ready for this fog to go away and have these blue skies again. My least fav time of year. Luckily, it only lasts a short time. 😎
Blaze and TracyReaderDad.com are now reading "Wolf Pack" a Joe Pickett novel by C.J. Box.
Howling at the moon 🤣🤣
Chilly pre-dawn walk in #tracyca 🚶‍♂️🚶‍♂️