Posted on January 21, 2012 by Mike Pihlman Leave a comment 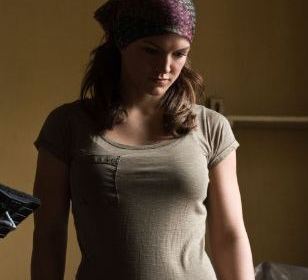 Gina Carano (as Mallory) is a private contractor special agent.  She goes where ever there is a need for someone with her special skills.

A journalist is being held hostage in Barcelona, Spain.  Mallory and team (including Channing Tatum, as Aaron) rescue the journalist and turn him over to those who wanted him freed.  Job well done.

Sometime later, Mallory is requested for a quick job in Dublin, Ireland.  She is working with Michael Fassbender (as Paul) to do something or other (yes, the movie was a bit confusing).  While there, the ever suspicious Mallory tracks Paul’s movements and finds he is acting somewhat suspicious.  Later that night, Paul attacks Mallory….big mistake.

Mallory is marked for elimination by the people who hired her, but, we do not know who.  It could be Ewan McGregor (as Kenneth) or maybe Michael Douglas (as Coblenz) or Antonio Banderas (as Rodrigo)…or….

The last word in the movie is “shit” (very cool ending!).  There is one f-word (maybe two).  Not for kids, but, is an enjoyable 2 hours for older teens and adults.

“Haywire” is uniquely different.  The fight scenes are terrific.  Unless the audio system in the theater was bad, the soundtrack was muted.  This actually added a very unique dread to the action.  I liked it.  But, again, it might have been accidental.

Gina Caranoi is terrific. Since she is a fighter (mixed martial arts, see this Wikipedia article), you really do not want to pick a fight with her as she will most probably kick your butt, like she does in “Haywire”.

For more information go to IMDb.  We watched this move at CineMark in Tracy, CA where our ForCarol.com poster is STILL up!  🙂