(WAY better than the book)

Where the book failed miserably, the movie succeeds beyond my wildest dreams. To think I almost did not want to go see it….what a mistake that would have been.  “Catching Fire” is a terrific movie providing the visuals and intensity that are almost completely lacking in the book.  Suzanne Collins is not J.K. Rowling or D.J. MacHale who both bring words to life…. 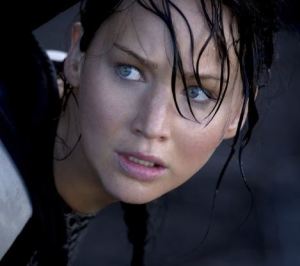 Katniss (Jennifer Lawrence) and Peeta (Josh Hutcherson) are now living in Victors Village in District 12. But, because they outsmarted the authorities (some say it was an act of defiance) allowing both of them to live (while the game-keeper lost his life) the Districts are in turmoil. Revolution is at hand, but, the strong armed tactics of the Capital are keeping it in check (with violence)….at least so far.

Katniss is threatened by President Snow (the brilliant Donald Sutherland), and, because she is the hope for freedom the Districts are looking for…..she needs to die.  But how?

The plan is hatched to use the 75th anniversary of the Hunger Games to include all the most powerful winners of past Hunger Games.  After all, when they die (especially Katniss), surely the District’s population will see that the most powerful entity is the Capitol thus stopping any revolution.

“The Hunger Games: Catching Fire” is a terrific movie. Engaging, engrossing, and visually stunning from beginning to end.  OK for the whole family except for (non-graphic) violence that you may not want the youngsters to see.  No f-words. The entire cast rocks especially Jennifer Lawrence, Josh Hutcherson, Woody Harrelson (as Haymitch) and Elizabeth Banks (as Effie).

Go to IMDb for more information.  We watched this at the Tracy, CA CineMark theater.